The ABCs of ADHD Redux

I wrote this post more than five years ago. These words were expressed when I was working full time and trying to raise 2 kiddos with ADHD, 2 with ADD, and 2 with RAD. I have cooled down a bit, and things have improved immensely. (I know many people are anti-medication for good reasons, but for me, my children would not have survived with out it.) I have nostalgia for several of the comments, and say “GOOD RIDDANCE” to the things I don’t have to worry about anymore!
And so, without further ado, The ABCs of ADHD redux!

I’ve read the articles and books on ADHD. I know the discipline methods, positive reinforcement, rewards and time outs, the methods of Ross Green, sensory diets, nutritional preferences and the medications that work best. But I also know the realities of ADHD. In real life terms, the ABCs of ADHD/ADD are:

Attention! Always on alert for dangerous situations due to impulsive behaviors, such as running across streets without looking, grabbing a butcher knife to cut the end off a banana, running up the down escalator, and grabbing the dog or any other animal roughly and the dog (or other animal) retaliating by biting (or scratching.)

Exhausted parents trying their best to keep up.

Helpless parents, unable to control their child’s behavior, especially embarrassing in the grocery store under the staring eyes of others, judging them.

If only he’d… If only she’d…. Parents dream for a different lifestyle.

Kitchen walls are written on, cupboard doors have nicks in them, curtains are ripped, bedrooms are messy.

LOVE. Parents give unconditional love, but the behavior doesn’t change because the ADHD remains…

Overload happens easily and tantrums result. Keep it quiet. Keep it simple. Keep it under stimulated for peace.

Psychiatrists have become my best friends!

Questions! Questions from them all the time! Especially hard to escape when you are stuck riding in the car together.

Self-esteem is low; it seems as though parent’s and teacher’s patience is limited; always the troublemaker, always in trouble.

Time-outs in the seat till we’re blue in the face. All the time spent in time-outs would add up to a year in the life.

Very draining on all, child and adults.

Zest for life would be a polite way of putting it…

To read more about those early years, struggling to raise children, please read my book. Here is a link: 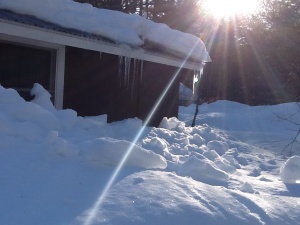 My birthday usually ushers in the springtime. This year, it ushered in yet another snow storm. The picture above is what our little cabin in New Hampshire looked like when we arrived for a weekend visit Saturday, (MARCH 22!) There was so much snow that we spent almost 2 hours shoveling to get into the house. My adventuresome self wanted to just dig a tunnel through the snow, and crawl out the other side, but hubby thought it might be difficult to drag the suitcases through. Besides, he reasoned, it is good EXERCISE to shovel. (Yeah, right, like I’d go along with him on that one…)
Not since years ago when “I was a wee lass who had to crawl through four feet of snow for a mile in order to get to school” have I seen this much snow. It seems as though Global Warming passed us by this winter. I worry about the wild animals; with the snow so deep, how can they walk anywhere, let alone find something to eat? I can only hope that they have all joined their bear colleagues and started the new tradition of hibernating.
Of course, the weather will soon warm and the snow will melt, (hopefully not flooding the place.) Until then, I will reluctantly wait, looking like this: 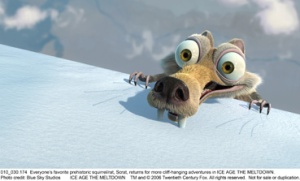 To read more about my interesting, amazing childhood, please read my book. Here is a link:

I Had a Really Long Day Today…

I LOVE to be busy. I would much rather be “on the go” than have time to watch tv or work on my blog. Today was one of those days packed with appointments working with children: three home visits, a meeting with a school department, two evaluations to complete, not to mention traveling all around the state to do so!
When I finally finished work, around 6:30 pm, I still had a church council meeting to attend. Needing a “pick me up”, I drove to the nearest Dunkin Donuts to get a nice, caffeinated, cup of tea. Putting my window down so I could hear the server, my head rested in my hand as I took several long deep breaths, trying to reinvigorate myself. The car behind me beeped, bringing me back to the real world. Gee!! It WAS taking quite a while for the server to take my order.

I looked out of my window and noticed I had pulled up in front of the trash can to place my order…no wonder I was met by silence!

What’s In My Purse? 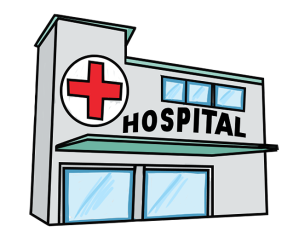 As the mother of children, especially children with disabilities, I have been a frequent visitor to emergency rooms. It didn’t take me long to realize that those hours spent W A I T I N G were tedious for my kiddo and myself. In fact, for my kiddos with ADHD, they could be dangerous. With Steven, he would open all of the drawers and fling the contents onto the ground, swing from the air hoses and climb on top of the curtain. He was generally uncontrollable in an environment that he saw as a playground and I saw full of dangers that would land him in an emergency room for a reason other than for that which we had come! I had a knot in my stomach and tears of frustration. The emergency room staff and I finally learned that the only examining room suitable for Steven was one for psychiatric patients…no drawers, no air hoses, no curtains to climb. That solved the problem somewhat…but the long wait was also a major issue. Visits to the emergency room often ran six, seven hours, and sometimes all night! What to do? What to do? What to do?

Alas, out of need emerged my “emergency room purse”:
*Extra copies of medical cards and social security cards; when under duress with a screaming child coming in with the ambulance, rummaging through my wallet for these items always seems problematic and adds to my stress.

* A written medical history for each child; remembering those pesky spelled medication names and listing hospitalizations and diagnosis are always nerve wracking, having them at your fingertips is priceless.

*Quarters and crisp dollar bills for the vending machines.

*Animal and peanut butter crackers along with some juice boxes so I don’t have to spend so MUCH at the vending machines. (Dispensation of food and drink dependent upon reason for visit to emergency room)

*A deck of playing cards, INVALUABLE for killing time, and also for great mother/child bonding.

*Manipulative toys for kiddos with ADHD…nothing like having that coil to twirl or that Rubik’s Cube to solve.

*Extra diaper/underwear and pants unless the child prefers to go home in a hospital johnny. (My daughter, Marie, actually loves the hospital clothing and has a whole drawer full…starting from small sizes when she was young up to the adult sizes she wears now.)

*Chap stick; the rest of me may look like Frankenstein’s monster, but my lips will be smooth and pretty.

*A large print, best selling book for me to read; when a kiddo is sleeping, (YAY!) the lighting may be dim and my eyes may be teary, but large print has always served me well.

My life has been spent trying to remain sane while raising children who can be difficult. Emergency room visits are always stressful and my mitigating solution is the “going to the hospital” purse.

Not to be confused with my “going to the movies” purse…

The Hidden Joy in a Frost Heave

“frost heave
n. New England
A section of raised pavement caused by the expansion of freezing water immediately under the road.”

Hubby and I took a quick weekend respite trip to our little cottage in New Hampshire. Being the type of person who rebels against her upbringing, I HATE to ride in a car. (My childhood consisted of regular trips across and around and up and down the country for months at a time.) My solution is to have a nap while Hubby drives, which not only gets me out of the boring tedium of the drive, but also leaves me well rested for the festivities to come. Sprawled out comfortably in the back seat, pillow under my head for comfort, pillow over my head by habit, and a luxuriously fluffy, velour blanket in a the manly color of army green covering every inch of my body, I fell asleep. In the deepest moments of sleep, I was jolted awake when flung into the air. Straight up. Almost hitting the ceiling. Squealing so loud with surprise that I almost peed my pants. But what came next was sheer joy…like the feeling when you reach the top of a roller coaster and you plunge down that deep hill. Weightlessness. The feeling of your stomach coming up into your throat. The quickening of your pulse as you experience the joy of such an adventure. In my case, an unexpected, three second joy! Followed by the hard thump of my body as it hit the seat again. Ah, life is so full of such wonderful surprises if you just know where to look for them!

To read more about my interesting, amazing childhood, please read my book. Here is a link: