Is God at Fault for the Tragedy in Connecticut?

Like the rest of the nation, I have been saddened by the tragedy at the school in Connecticut.  All of those poor children and adults who are dead.  It is very mesmerizing for the nation, and feelings are raw, trying to find someone to blame to make sense of it all.  People are blaming God.

I have learned in my own life that tragedies happen every day.  Children are terminally ill.  Children are struck by cars and killed.  Parents abuse children beyond the scope of the normal imagination, (just ask my own beautiful children.)  Tsunamis strike.  Floods devastate. FAmines consumer whole countries. Earthquakes destroy communities and people.  Murders and domestic abuse happens.  I am sure that you can think of many, many more tragedies  that have happened, and many more will.  It is awful.  It is saddening.  It is unbelievable, and as humans we naturally look for someone to blame.  Maybe there IS someone to blame in some circumstances, but God is not to blame.  To attribute His involvement with us to cause every disaster is ludicrous. For which disasters should He take blame…natural ones?  man-made ones?  And how large of a disaster should he take blame?  Where many people are killed?  Where only one is killed?  Where people are very ill and suffering?  Where I get laid off from a job and have no money?  Where I have blister on my big toe?

My point is, it is not God’s fault.  We are placed on earth with our own free wills; on an earth that has always experienced natural disasters.  We are actually lucky that we have not been wiped out completely by a wayward asteroid similar to the one that made the dinosaur distinct!  But if we were to be destroyed, the ultimate tragedy, it would not be God’s fault.  He loves us.  We are all His children. He mourns when a child is severely hurt, a woman is a victim of domestic abuse, when houses and lives are destroyed by natural disasters, and when people are suffering. But if He were to intervene, then we would be but His puppets placed on this roller coaster of ride called earth. God may be Almighty, but that does not mean that he takes over for His children or his earthly creation.  That would  not fit the description of “life”.

Yes, I am greatly saddened by the Connecticut massacre.  People may disagree with me vehemently, but I have empathy for the actions of the killer, who obviously was mentally ill. To have reached this stage of his life with such bad thoughts, (similar to the demons which cause violent actions from two of my own children,)  is a also a tragedy. This incident took not only the lives of the children and adults murdered, but the life of a young man who will forever be vilified for his actions. It is a tragedy all around, and God is mourning with us. 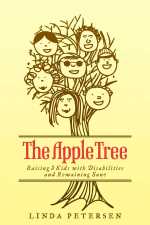