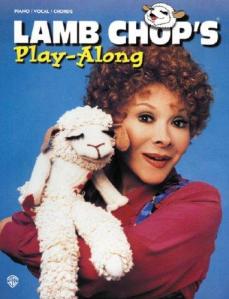 Our region of the country received another snowstorm yesterday. To cope with this “storm” (3 inches), everyone in our area rushed to the grocery store to buy their beloved bread and milk. It says something about us that these two items are our staples, as opposed to beer and peanuts, ice cream and wine, or, my favorite, hot buttered popcorn and Diet Coke.
Leaving the house this morning, I searched everywhere for my gloves, which were nowhere to be found. Gloves, like socks, seem to disappear one at a time. Because they are not washed in the washing machine, the dryer cannot be to blame. I did manage to find one glove, one of those tiny gloves that look like it would fit a Barbie doll, but, when stretched and pulled, actually do fit on a grown-up. After much searching, it’s mate seemed to have flown the coop. Desperate because it was 10 degrees outside, I lunged into the sock bucket and pulled out one of my husband’s warm, white, fluffy work socks. Anything would do as a glove at that point, plastic shopping bag, pillow case or underwear. The sock seemed most like the glove. (In the background Sesame Street was on tv, aptly projecting the activity “Which of these things looks like the other? Which of these things don’t belong?” which managed to guide my choice.)
Off I went, gloved and socked.
Anyone who knows me knows that I like to sing and bop to music while driving alone in the car. I have to keep this activity private because if I sing when the children are in the car, they bitterly complain I sound like a baby monkey screeching for its mother and look like I am having a seizure with my bopping, (no offense meant to people who actually do have seizures whom I am sure have much more graceful ones.) This morning I was gloriously alone, sun shining on the fresh fallen snow, traffic moving at a standstill, and music flowing from K-Love radio station, which is especially enjoyable on a frantic morning. As I was sitting there in traffic, my right socked hand was waving in time to the music. Nothing out of the ordinary there. Then, almost imperceptibly, the glove folded over and formed a mouth, opening and closing in time to the music. Soon, we were both singing together in wonderful harmony, me and my socked hand. As we sang, memories of my favorite childhood television show, Shari Lewis and her puppet, Lamb Chop, sprung to mind. It was nothing short of a miracle that Lamp Chop chose to be reincarnated as the sock I was wearing! Imagine that! She was missing a couple of eyes, her ears and a nose, and her lips could have used some lipstick, but she was otherwise white and furry and unmistakable. What a joy it was this morning to Lamp Chop join me, singing our little hearts out.

Give a Pat on the Back to Parents of Kids who are Autistic!

I was Audited by the IRS and I Survived!